Careful the tale you tell, that is the spell.... 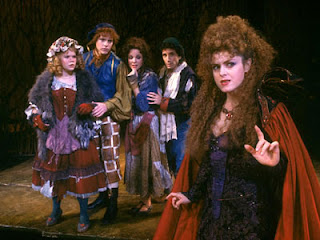 For the umpteenth time in a decade, someone is trying to get Stephen Sondheim and James Lapine's most accessible work, "Into the Woods" made into a feature film. A still from the original Broadway production is above.

The Hollywood Reporter is, well, reporting that Tony and Academy-Award nominated director Rob Marshall has been tapped to direct a big screen version for Disney that is to feature a book by Mr. Lapine and an alleged score feature a few new songs by Mr. Sondheim himself.

To me, the show seems to be an odd fit for Disney. It's a bit too cynical (but, then again, what do I know).

Let the fantasy casting begin!
Posted by Misha Davenport at 11:24 AM 1 comment:

Email ThisBlogThis!Share to TwitterShare to FacebookShare to Pinterest
Labels: Into the Woods, movie, musicals, sondehim 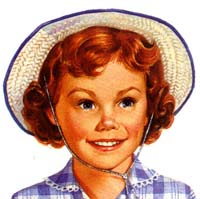 Right this very minute, in a corporate office in America somewhere, Little Debbie is laughing maniacally.

Hostess, makers of such gluten-rich delights as Twinkies and Ding Dongs, is said to be on the verge of filling Bankruptcy protection. More from the Wall Street Journal link below:

Had to post this. Special fast food tie-in to the re-release of "The Phantom Menace" in France 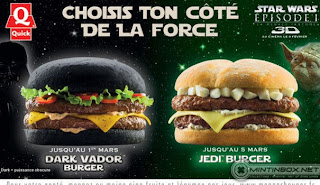 Posted by Misha Davenport at 8:55 AM No comments: